Been revising a lot of stuff during this mercury in Pisces retrograde. Primarily a 70’s era esoteric Saturn-death- cult serial killer conspiracy novella set in East Village NYC.  It’s going so so. Trying to bring the word count up from 17k to around 40. Revising a few Clock stories, as well. Also, please leave a review of Clock’s Watch II: Daughters of the Black Moon if you’ve read it, and buy a copy if you haven’t!

I finished up Weaveworld by Clive Barker.

It was great. He remains one of my favorite writers. He’s going to appear at the Hellraiser reunion hosted by Motor City Nightmares in Detroit late April. Would be awesome to meet him but schedule and money will not allow that.

Got a rejection for a secondary world fantasy story I wrote a few months back. That sucks. No luck with that one. The beginning seems OK enough, it reels people in, but the ending turns them off. I have to figure that one out.

Next on TBR list: The Charwoman’s Shadow by Lord Dunsany.

Found this around 14th street and sixth avenue. It’s probably responsible for nixing the NYC-Amazon deal. Power to the people.

I’m pretty sure they fought the Ninja Turtles during the Dinkins administration. They are still around! No Ninja Turtles, though. Victims of gentrification, they now live somewhere in Florida. Or Allentown, PA. The Ninja Turtles are Puerto Rican, in case you didn’t know. Raphael, at the very least. 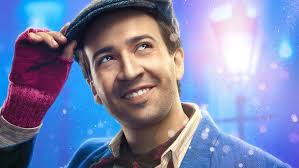 I see this bus all around the city. Come on board…hmmm. Bang bus!?! You know you were thinking it! Got a thing for Rabbis? I kid. Cool ass bus. Cooler looking Rabbi.

And finally this sad, eerie woman. A homeless pigeon whisperer always posted up around 5th avenue and 50 something street. If you see her in the city please give her some money or some food.

I’m a writer from Brooklyn living in the Bronx. I write horror and fantasy fiction.

I write a heroic pulp fantasy series named Clock’s Watch. Info below for that. Please buy some copies.

So I’ll be providing exclusive info and giveaways for that project! (¯\_(ツ)_/¯) I guess. If anyone’s interested. I’m kind of winging this.

Here are some pictures

This guy is a NYC bum/performance artist legend. You can normally seeing him acting weird AF around Union Square during the warmer months. I caught a sighting around midtown. He was going into a commercial office building. I wonder who he was visiting. And they say the crazy OLD NYC IS DEAD!

Someone please help Nikola! I saw this little piece of mystery around Broadway in the upper teens. Weird. What is he wanted for? Nikola seems pretty pissed. I will give Kharlamov props for his decent goatee. Beyond that, I can’t vouch for the guy. He looks like he’s capable of anything. Wild card type.

That’s it for now. And possibly ever. Time will tell.